This is the last blog for this trip. I am going back to The Netherlands coming Tuesday. I am not sure what is the weather like there, but I will not miss the heat we have in Burkina right now. 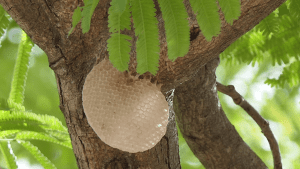 It is difficult to realize how people behavior is influenced by believes or witchcraft. There is not one day without a new story related to this.

The story which a lot of people seem to believe is that with certain sacrifices, you will get rich. The sacrifice can be to kill your mother!!! The starting point of those is generally a marabout who is asking money just for the advice on what type of sacrifice.

About 2 years ago a girl was found dead not too far from our house, heart had been taken out of her body. Later they arrested two young men. One of them had lost his father and brother in car accidents at very short intervals. He was afraid of dying. The marabout told him that by eating the heart of his girlfriend he would not die……

At the LAP one of the student has pain under his feet which make him walk on the side of his feet. He told us that this happened 6 years ago when he came back from working in the fields of his father. For him he had been bewitched / voodoo. Why? He said that probably because somebody in his family did something to another family.

There are no direct witnesses of those witchcrafts, but only rumors which are getting changed each time it is communicated.

Those believes influence a lot the decisions and actions of people here. It is also very much exploited by religions.

In order to help them to get organized, we had a meeting with representatives of the beekeepers of 10 villages.

The idea is to create for each village a beekeeping cooperative. This would help them to have access to information, funding, training.

I do not believe in the sustainability of cooperative, if cooperative means working together for the good of all members. This might work among women, but not when men are involved. They are too selfish and they do not trust other men (probably for good reasons).

But this is the new format thought by the government for groups of people with the same activity, so we have to deal with it.

It should not change much for our beekeepers but it will help them for a start to have access to new hives.

School trip for the 5th year students of the LAP 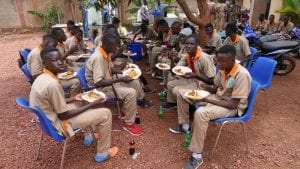 The 5th years made their first school trip on Friday. They visited a production plant feed for animal food and a farm using drip irrigation. They also came through our office where they visited the soap and honey production, the sewing workshop for the protection kits, the office and the aquaponics installation.

For a lot of them it was their first trip to the city and first time in a bus. 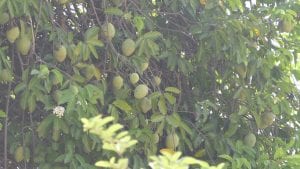 Flower and fruit of the “liana”. They make juice of the fruit when ripe. 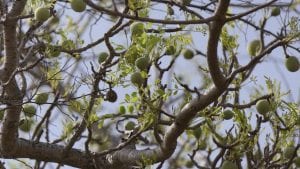 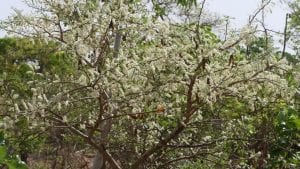 Hippo should probably go to the dentist!!!

Citations of the week from Thomas Sankara

The great tragedies of history reveal the great men, but it is the villains who always provoke these tragedies.

The slave who is not capable of assuming his revolt does not deserve to be pitied on his fate. This slave alone will answer of his misfortune if he deludes himself about the suspicious condescension of a master who pretends to free him. Only the fight frees.

Next blog will be end of May.

Have a nice spring.

Stay informed of our developments!