Success from our scholarship holders 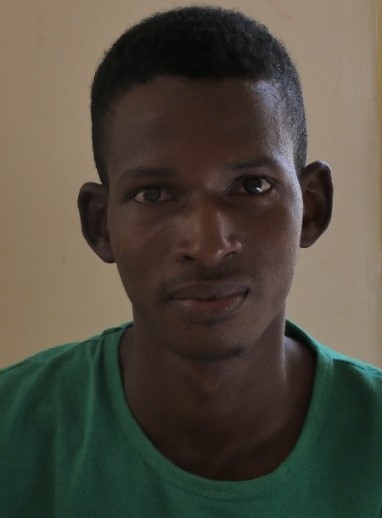 Price of gasoline and electricity in Burkina Faso

“Nice” surprise this Friday morning, an increase of more than 10% on the price of the gasoline and gasoil. I am not sure how the people will take it, but this means that besides the additional costs for people using motorbikes or cars, all transport costs will increase (bus, bush taxi).

The government justifies the increase because of the subsidized price of the electricity (mainly coming from fossil fuel). So people pay less for electricity and more for their own gasoline.

A new dam has been built not too far from Bobo Dioulasso. It is supposed to produce 3MW. It has been delayed for many years already.

Success from our scholarship holders

Yacouba is 19 years old. He has attended the primary school built by ASAP in the village of Sokourani (2004-2009), he was then selected for a scholarship funded by A Petits Pas in a secondary school in Banfora to study electro technic (2010-2017). He graduated high school with a grade of 14,5 over 20. Thanks to this performance, he got a laptop and 300 euro from the Burkinabe government but also a new scholarship for 4 years to go to India to become an electrical engineer.

Oumarou has attended the primary school of Sissa (2002-2007) also built by ASAP. He also got a scholarship to attend a secondary school in Banfora (2008-2015) where he passed a scientific baccalaureate with a grade of 12,7 /20. He also got the computer and the cash and  a scholarship of 3 years to go and study statistics in Dakar (Senegal). 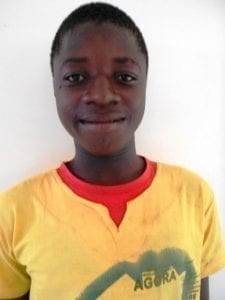 We are very proud of their success. It shows also that continuity pays.

Some pictures along the trips of this week 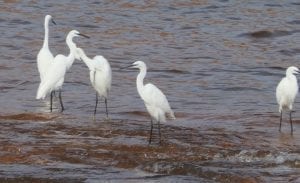 Little egrets (Aigrette Garzette). The birds are feeding on thousands of small catfishes.

Saying of the week from Plato

Boldness and fear are reckless counsellors.

To children, one must leave a beautiful legacy of conscience rather than gold

Have an excellent week,